At 6am we were ready to have breakfast, pack everything up and head back to Windjana Gorge to take the longest trail.

We wanted to start early to avoid the heat. We packed a few snacks, our cameras and plenty of water. We started walking and I noticed Olivia was walking barefoot the whole time, no hat, no anything! I wonder if she put sunscreen on her pale skin!

I thought she was a tough young lady (read that with a voice of a movie storyteller) as normally all Irish are. As for me I had my Timberland boots, my big hat and 50+ sunscreen all over my body.

The morning was still fresh and there were not many people in the carpark yet. We started our walk and just a few minutes later we saw crocodiles. I don’t know why but there’s nothing about them that caught my attention. I didn’t feel like taking pictures of them and I definitely had 0 interest on getting a picture WITH them. Anyway we hung around these freshies for a bit until one moved quickly and, yup, I slowly turned myself in the opposite direction. Of course, there was no such thing as “slowly” in that moment.

We kept walking between bushes, on some wide trails, and on others a bit narrow. We jumped between trees, from one side to the other. Until for some reason we reached the end of the trail and a sign that said we couldn’t continue. Well… we tried to see if there was something a bit further so we passed that sign but gave up and came back. The Gorge was dry anyway but I thought I would see a waterfall at the end or maybe I’ve got confused with another place I had in mind.

Our way back was with a few stops and one of them was to eat our snacks. We left the trail and sat down where I assume there’s supposed to be a creek or river running through. We’d chosen a fresh shade with a view of the whole Gorge and had some peanut butter sandwiches and veggie wraps.

The sun was getting intense, and the sand was starting to feel hot but we made a good call making it there early. The colour of the Gorge changes so much depending on the natural light that it’s nice to see it as you walk. It was a perfect morning, and we were having a lot of fun exploring the Kimberleys. This place was definitely worth the visit.

Shower is equal to heaven

I needed to shower, like seriously I hadn’t soaked my body in water the previous 3 days and my curly hair was getting tangled, my nails were black and broken, my feet… oh well I will stop here. After taking the 4 hour trail along Windjana Gorge I said I was going to at least wet my hair. There were a few facilities next to where we had parked (including showers) so Annabel and I snuck in to use those. As soon as I saw the shower sign I felt like heaven (sound of heaven from cartoons here)

We knew we weren’t allowed use them but how can you deny a person the right to shower? I was going to fight for my right of that water running on my skin as if it was the last thing I was going to do. Imagine how many times we’ve put sunscreen on for the last few days, plus the dirt, the sweat… and I can keep going.

Oh yes, the sound of a shower. It felt like getting a massage at a spa and taking care of your body people! But nope, it was a shower… as simple as it sounds. That’s all your body needs and it will thank you and let you sleep like a baby at night.

It took me a bit longer to untangle my hair, especially without shampoo and conditioner. I didn’t care, all I needed was water. I tried to do it as quickly as possible… for some reason I always felt like a guard was about to come and kick me out. Then I thought, he won’t get in anyway, it’s a ladies shower!

As soon as I reached back I saw the buggy leaving the carpark area… uh oh! He saw us, but good thing is we only got a warning. We could’ve gotten a fine, so peeps, don’t do it next

That was the most necessary, illegal thing I’ve done so far in a country that’s not mine. Well, except for a couple of times I got speeding fines but that’s another story. 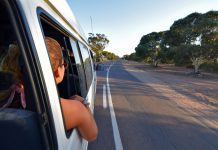 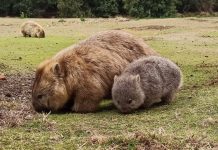 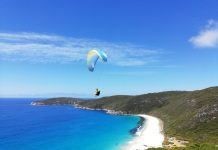